So, You Wanna Play TwitterPonies?

The very very FIRST thing to do is go read the Guidelines. They're right there. Go read 'em.

Back? Great. Please follow the guidelines when creating and playing your character, as they help to ensure everyone is playing in the same sandbox. Please keep in mind that the guidelines are NOT hard-and-fast rules, nor are they intended to be arbitrary or powergamey. They're there to ensure that everyone has fun together!

Now, you might be thinking that now's the time to go make your mlp_ tagged Twitter account, but hold up a second! Take the time to flesh out your character a little bit.

Thinking Up Your Character

Okay, so who do you want to be? That's the first question you should ask yourself when making your character. There's some limitations - no alicorns, obviously, other than those specified by show canon - but otherwise it's pretty free. You can be a Unicorn, Pegasus, or Earth pony. There's even dogs, cats, zebras, baby dragons, and of course Griffons to choose from.

This is the big one. The one that defines your pony. This is what everypony is looking at or for when you trot out for your first time.  Now most of time, your cutie mark will have something to do with your ponies special talent.  A pie if your pony makes the best pies in Equestria, and shovel if your pony really enjoys shoveling, etc. But it doesn't have to be a literal representation of your pony's special talent.  Pinkie Pie's cutie mark is balloons. She isn't a pony that sells balloons or makes them. Of course she uses them when she tries to cheer a pony up, or throws a party, but the balloon itself isn't the defining feature of her special talent.  It is a representation that embodies her special talent, and can readily relay that to the rest of Equestria.

All things considered this is the hardest thing to pick when coming up with your own pony.  Even the show is lost for ideas sometimes when it comes to background cutie marks.

This is a big decision. Don't take it lightly, but don't fret over it either.  No one can tell you what YOUR pony's special talent should be.  Enjoy picking it, and learning about it, and exploring it, and talking about it.  That way, as you learn about your pony, you learn about something that interests you as well.

Outside of your cutie mark, This is arguably the most important aspect of your pony. It determines so much, from how your character makes friends, to who they would be friends with. In fact, as you RP, you will find that you continuously develop this area of your pony. Here are a few things to keep in mind when you are creating your pony's personality:

Congratulations! You've made a character! It's got a personality, style, flair, a hook, and even a cutie mark! You're totally ready to start playing right? But wait a minute, how is everypony else going to know what you look like? Your profile picture is only an egg! Oh no! You haven't made a picture for your pony yet. Luckily, you have some great resources you can access right here.

There are quite a few of these floating around the internet, however, two of the best are:

Hasbro's is fairly easy to use and comes with some cutie marks and backgrounds and a ton of clothes. General Zoi's, while lacking clothes, offers far more customization in body type, etc. and, while it doesn't come with cutie marks, you can import an transparent .PNG file into the game to add one in, an especially useful tool if you want a cutie mark that Hasbro hasn't put in the show.

Deciding how to color your character can be a very challenging. Should it be light or dark? Should the mane be two colors or one? And does that color make me look fat? There are a lot of questions you ask when making a color scheme for your new OC. That being said, here are some tips and tricks for creating color schemes for a pony.

You inhabit a world of pastel colors, if you're 100% stuck, you could start there.

Analogous colors are colors that are adjacent to each other on the color wheel. Choose a couple adjacent colors to use as a jumping off point. If you look at the wedge again, you'll notice the colors get lighter and darker. That's called a gradient. Working within a gradient is also a really cool idea and makes character coloration easy!

You've probably noticed that the color wheel doesn't really include black or white. However, those certainly are colors that are open to you, so if your urge is spurred, you have that option. In fact, if you really think about it, if you make any color pale enough or dark enough, it becomes white or black!

Of course, there are other color schemes plans and ideas. Don't needlessly limit yourself with what you've seen here! These are simply meant to help you start off. If you want to make a pony look like a glowstick exploded on them, then rock on! Just remember to have fun with it!

Huzzah! You've brought a pony out from the molten forges of your imagination and are ready to begin your journey into the mystical frontier of TwitterPonies. But before you dive into the deep end, make sure you know your Tweetiquette. Proper tweet syntax make RP with you easier, because it makes it easy to read your tweets. You're also more likely to get followers if you maintain proper syntax.

Now, we gave you this information not because we want to discourage you from trying those things. In fact, I think that the end products of these are admirable goals to shoot for. But we don't want you to come into Twitterponies with unrealistic expectations of what you'll get out of it, or how quickly you'll be able to achieve it.

As strange as it seems to start a section about tweeting with this, Don't tweet right away.

Why? Because you should do what's known as lurking. watch other people RP for a few days. Try to learn about what really goes on in this universe from those around you who also play this game. Not only will lurking help you learn what's acceptable and not, you may also receive some ideas for scenes, and possibly find someone you'd like to RP with. Lurking is also a great way to begin looking at the RP while you finalize your character.

Now that you've successfully lurked for a bit, it's time to have a scene all by yourself!

Not what you were expecting? Well think of it this way. I have no clue who you are, if you're a powergamer, a dramabomb, or any other form of undesirable. Now, there are certainly players that will give you the benefit of the doubt, but there are also a lot who won't. In order to avoid that you should definitely start with a solo scene.

Why? It gives us other players the opportunity to learn how you're playing the game.

Another tip: Don't get ahead of yourself. Start small. You're not Indiana Jones, rushing away on an adventure of epic proportions. You're Julia (or Joe) the pony heading off to buy groceries, or moving into your new apartment.

So how do we get to know you, and your style of play? You play by yourself! Yup. simple as that. "But how do I do that," you ask. That's entirely up to you. Trot around Ponyville, buy a book from a nonexistent shop, drink a coffee, have dinner. Proxy (that's roleplay talk for play as another character.) nameless background ponies who will interact with you.. Just play! Then we get to know you, and your RP style, and it's much easier to break into TP once we know stuff about you.

This is it! The moment you've been waiting for! You're finally getting to role play with another person! You're not gonna be a 100% new player anymore!

Wait...Hold on. Let's not get too ahead of ourselves here. We're not going on some outlandish adventure with somepony you've just met, that's absolutely crazy! Let's keep our feet on the ground for now. You should keep your offers (A call to RP) very low risk. This helps you avoid rejection (Refusal of an offer). Here's a few tips you should take to heart when having your first interaction(s):

Ok, there’s no real way to learn something like looking at a fairly good example. Now, these examples are generalized and, quite frankly, fairly lackluster. but let’s keep in mind, you haven't really built up a relationship with anypony, and you haven’t had the time to build the trust to do something that could be considered a force.

Background: Example pony is trotting around town and has asked someone to approach for an RP

Of course, there’s no real way to learn what not to do than by staring it in the face.

and slaps them* Why did you break my leg three years ago! I still haven’t forgiven you

Background: Example pony is trotting around town and has asked someone to approach for an RP

Ok, having an interaction isn't as easy as you think it is. Why? because the other pony is controlled by a living, breathing, human being. You don’t know what they’re going to say or how they’re going to react to any tweet you make, so take the time to think about the things you type. Lets base an interaction off of Good Sample A for this. I do have a slight love for tea, and I think it shows here...... A little bit.

Let’s say the other player is fairly busy, which is sometimes the case. They may respond with this.

Sure, look around and bring what ya like up to me.

Alright, So this tweet is pretty clear at communicating their busy, maybe with another character, or maybe they’re wrapped up IRL. at any rate, you should probably come back with something like this:

*trots Around the shop. Grabs a tin of green tea and trots to

* How much for four ounces?

From here on out, they’ll tell you what to pay, then you can pay and go on your merry way.

But what if they aren't busy. What it they want to RP with you for a bit? What if they come back with this:

*trots our from behind the counter to

Well, now you’re in an RP. What you should do is keep the conversation flowing, just like a real one, maybe occasionally add an action into your tweet. you may come back with something like this.

around* Oh! Do you have any black tea?

Or you may do with something different. The point isn't to force an agenda or a plot when you start out. the point is to just be. Be a pony. Be your pony. The adventures and everything else will come later, so just enjoy being. And don’t forget to have fun! 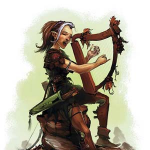 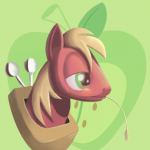 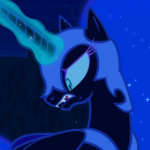 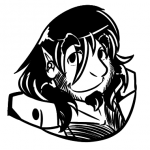