Dust Bowl a small unicorn mare who grew up in Fillydelphia. She moved to Ponyville after her last job at a digsite deep in the Appaloosian desert.

She is very good with simple levitation.

Dust Bowl is very excitable when you get to know her. She loves to drink tea and coffee as well as learning and reading. Ancient history is her favorite subject and she is always excited to learn new, interesting things.

Dust is an extremely small brown unicorn mare. She has a gold and black mane and dark purple eyes. Her Cutie mark is a golden compass. 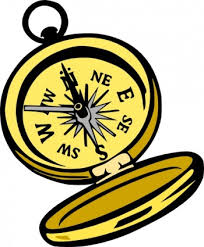 Dust Bowl was born in Fillydelphia on a cold winters night. She was small so small in fact that the doctors feared she would not be strong enough to live. After a few days in the hospital she began to get stronger and was soon checked out of the ER. Her mothers name is Golden Star, and her father was called Desert Sands. They were both very successful scientists her mother had a major in paleontology and her father was a renowned professor in the field of archeology. Due to Dusty's diminutive size and lack of strength, they decided to home school her. When she reached the age of two they began to teach her. She had now learned to walk and talk, but it was still a challenge to cross the room. Just a few weeks into her lessons she was already making head way. She could form some longer sentences and had begun to read some basic books. At the age of three she had gained enough strength to trot confidently by herself and had begun to learn basic math skills. When she turned four her parents had to start working again, not wanting to miss any of their daughters life they decided to bring Dust with them on their next trip. They were on a dig site out in the Appaloosian desert, this was what spurred her into the field of archeology. She loved to explore the old ruins that her parents found weather it was climbing up an old pyramid or delving deep into subterranean burial grounds. Whatever it was, it was an adventure and she loved it. Before her 5th birthday she had finished her first 100 page book, she was so excited that she ran right into her parents meeting with their sponsors and bounced around saying she finished it. Later on she was scolded by her parents but she didn't mind to much because she was proud of what she did. By the age of six she could read and write ancient hieroglyphs as well as equestrian. At one time her parents were stuck, they had found no leads what so ever on the current dig site. Dusty heard the talk about this and thought that the responsibility of finding a lead fell to her. So she packed some rope, a flashlight, her favorite coloring books, crayons, and a peanut butter and pickle sandwich encase she got hungry. She entered the old tomb her parents have been working in and began her search. While she was poking around she found a few hieroglyphs hidden behind a small rock. She roughly translated them to 'To begin, one must follow the sun.' Dusty looked around and saw 3 engraving of the sun one to the east, north, and then the west. She new how the sun worked so she ran to the east wall and bounced up to touch the sun. As she did it began to glow a bright yellow, she found that as a good sign and went along to touch the north and west suns. They all lit up and started to hum, slowly rising in volume and glowing brighter. Dust's parents and all the other workers saw the bright orange glow and rushed over. When they entered they saw little Dusty jumping and giggling as a large stone door slowly slid open on the north side. When the lights faded away Dusty told them how she figured out the riddle and by the end there was a bright flash and on the filly's flank was a golden compass. Her parents were so proud of her and she was to, most of the camp congratulated her except a few who thought it was just luck she was in there at the right time. After that she always tried to help the dig team, weather it was bringing water or dusting off bones. She did this until she turned 18 and on her 18th birthday she received a letter of invitation to the collage of Canterlot. She immediately accepted and with in the month she was off to school. She loved it. There was so much knowledge and books around that she sometimes got distracted from her work cause she wanted to learn a new language or an old dance style. After a few years she graduated at the age of 22 with a masters in archeology. She took an internship on a dig site down in southern Caledonia after graduation. The goal of that dig was to find an ancient buried city in the sands. After a year Dusty had put together an entire research binder that held the exact location of the city. She was about to present it to the leads but when she went for it she found that it was missing. And not an hour later somepony said they made a research binder with the exact location. Dusty complained that this was her research but due to her height and being an intern no pony took her seriously. She proceeded to work their for another year when they uncovered the very edge of town. She was now 24 years old when she decided it was time for a break. She went back to Equestria and settled down in the small town of Ponyville.

Retrieved from "https://twitterponies.fandom.com/wiki/Dust_Bowl?oldid=36790"
Community content is available under CC-BY-SA unless otherwise noted.